A fractal is "a rough or fragmented geometric shape that can be split into parts, each of which is (at least approximately) a reduced-size copy of the whole,"[1] a property called self-similarity. ... There are several examples of fractals, which are defined as portraying exact self-similarity, quasi self-similarity, or statistical self-similarity 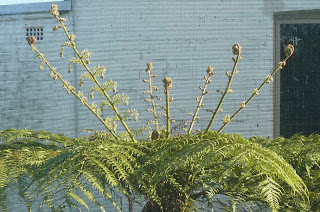 Its not as if I don't have enough cluttering my head but fractals have come up in a couple of conversations with maths orientated friends of late.  Having been at the back of the line when the maths gene was allocated I struggle with the concept and have been looking a bit more closely about me to try and spot fractal patterns in nature.  .  Directly out side my window is a tree fern  which I have decided is a fairly good example. 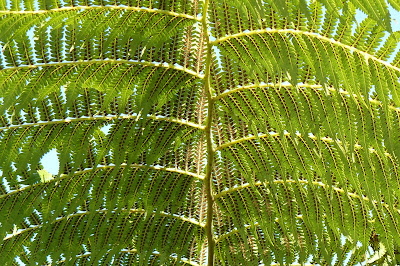 There is also quite a bit of bracken - the smaller leaf sets look like a lesser version of the  whole frond - well that's what it looks like to me - and I think the reflection show this up: 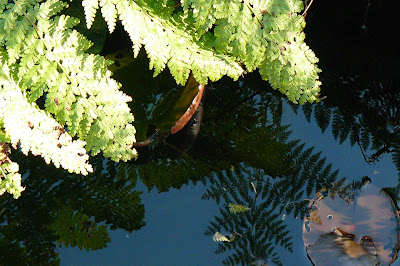 Not quite a self portrait 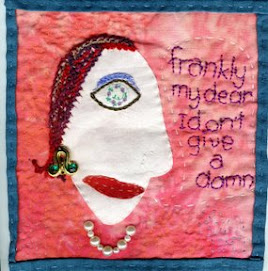 that has ended up a way of sharing photos of interesting things and bits of my art, classes I offer and exhibitions that I have participated in